Revive your old laptop this Spring 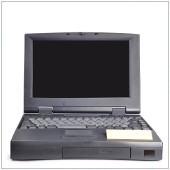 There comes a point in the life of every laptop where its hard drive slows and it begins to function at a snail’s pace. At this point, many people either toss it or retire it to the back of a closet. If you’re one of the latter, then this Spring you may be able infuse life into it. A new software available has been making waves with its ability to revive old laptops, and make them run faster than you could believe.

A New York City based startup known as Neverware has developed a dual-boot system that essentially turns your old laptop into a Chromebook, and even uses the same operating system as a Chromebook: Chrome OS. The software that enables this is called CloudReady and, once installed on your system, you can switch between your old OS and Chrome OS at startup.

How does CloudReady revive your old laptop?

Because the Chrome OS operating system is lightweight, it frees up your laptop from its old, sluggish operating system. With CloudReady installed, your old laptop can boot up more than twice as fast, and you can browse the web twice as fast as well. However, it should be noted that these times vary, and in some cases, you may see no difference in speed.

Does it work for all laptops?

Most, but not all. CloudReady can be installed on many different models of the Macbook Pro and iMac. As for Windows, it will only work on PCs preinstalled with Windows 7 and up, and installed in UEFI mode. While that last bit may sound a bit confusing, if your laptop is ten years old or younger, CloudReady will likely work.

To get started, you’ll need the following two items:

Everything else you’ll need to install the software can be found at Neverware’s website. Once you’ve got all your tools handy, here’s how you install it:

Depending on how tech savvy you are, the installation process can take anywhere between 45 minutes, to well over an hour.

So is it worth trying? Well, besides maybe an hour or two of your time, you don’t really have much to lose by giving it a shot. If you’d like more ideas on how to improve the life of your hardware or are interested in buying some new tech gear this Spring, get in touch with our experts today.

Published with permission from TechAdvisory.org. Source.